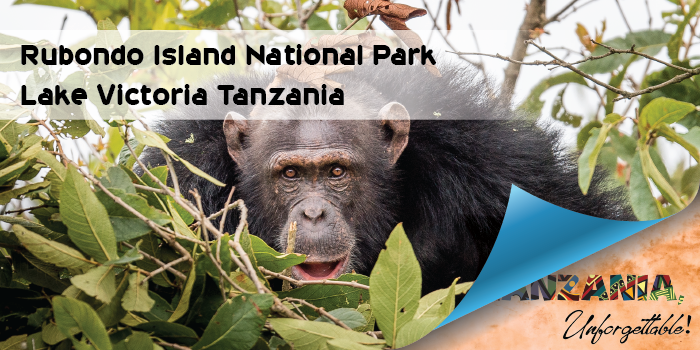 The real Jurassic Park: Inside story of the wild zoology experiment that could have gone horribly wrong

By Atta  And Daily Telegraph

It was like a cross between Jurassic Park and Noah’s Ark: take a cartload of animals, including chimpanzees, elephants and giraffes, leave them on a remote island in Africa and see what happens. Five decades on, Jessamy Calkin travels to Rubondo Island to see how things worked out.

Viewed from the air, Rubondo Island is so supernaturally green that it looks like a cartoon. A thickly forested atoll sitting in the vast expanse of Lake Victoria, the island is little known, but in 1966 it became the setting for an audacious experiment, the initiative of an eccentric German conservationist named Professor Bernhard Grzimek.

Grzimek was well known for raising the profile of African conservation and wrote several books, one of which – Serengeti Shall Not Die – became an Oscar-winning film.

Having visited Rubondo Island, he deemed it a perfect setting for his plan: 135 square miles, heavily forested but free of predators, with only a few species of indigenous mammals and no inhabitants – the island had just been cleared of its population and declared a game reserve by Tanzania’s government.

In 1966, Grzimek took 10 chimpanzees and released them on to the island. The chimps – seven females and three males, one of which was little more than a baby – had been donated by European zoos and travelled to the island in crates, singly or in pairs because they didn’t know each other.

The idea was based in conservation. Chimps were in decline as their habitat was being invaded, and it was predicted that they would soon also be threatened by the new but increasing demand for organs, as they are our closest biological relatives – sharing 96 per cent of our DNA. Grzimek, who was director of Frankfurt Zoological Society for more than 40 years, was passionate about the project. But no research had been done as to how the chimps would take to the island and whether the vegetation was suitable; they had been brought from west Africa as babies, but had lived most of their lives in zoos.

Still, Rubondo looked like a promising refuge. Deserted banana groves left by previous inhabitants promised food. The isolated location of the island discouraged poaching, and there was also potential for tourism: Grzimek wanted to ‘render assistance not only to animals but also to a poor but dynamic new country which does a great deal for its wildlife’.

After a fairly arduous journey, the crates were unloaded and positioned close to the water so that their sliding hatches could be pulled open with ropes from the lake (some of the chimps were aggressive). The results were mixed: one female ran straight into the forest, a few lurked about uncertainly, one wouldn’t get out of its cage at all, and the baby clung to Grzimek’s legs. But by later that afternoon, all the chimps had vanished into their new home.

And, in a sort of aberration of Noah’s ark, other animals were also sent to Rubondo: 12 giraffes, 16 rhinos, 20 colobus monkeys, some roan antelope and, in 1973, six elephants.

The experiment had begun.

In November last year, I disembarked from a tiny plane at Rubondo’s ‘airport’ – a neatly thatched hut in a field. ‘Welcome to Jurassic Park,’ said Mercedes Bailey, my host, the PR director of Asilia Africa. Asilia – an adventurous tour operator based in Tanzania – came to Rubondo in 2013 under the initiative of its Managing Director, Jeroen Harderwijk. He realised the potential for unusual tourism and chimp habituation (inuring them to human presence), and has bankrolled the project ever since: to date Asilia has invested $500,000. The tourists’ participation has become part of the habituation process.

There are now about 60 chimps on Rubondo, and amazingly they have formed their own social structure and settled into two distinct troupes, colonising different ends of the island, one in the south and one in the north. ‘It’s the only place in the world where chimpanzees have been reintroduced into the wild, become entirely independent from humans, and thrived,’ says Charles Runnette, an American documentary-maker whose film about the island will be premiered at the Berlin Film Festival next year.

The northern troupe are observed and monitored daily by a team of rangers (the southern chimps are loosely monitored but totally wild). But it has taken years of persistence and dedication for the chimps not to flee. Habituation has been done successfully with gorillas in Uganda, Rwanda and the Democratic Republic of Congo, but chimps present a harder challenge, mainly because they are permanently on the move.